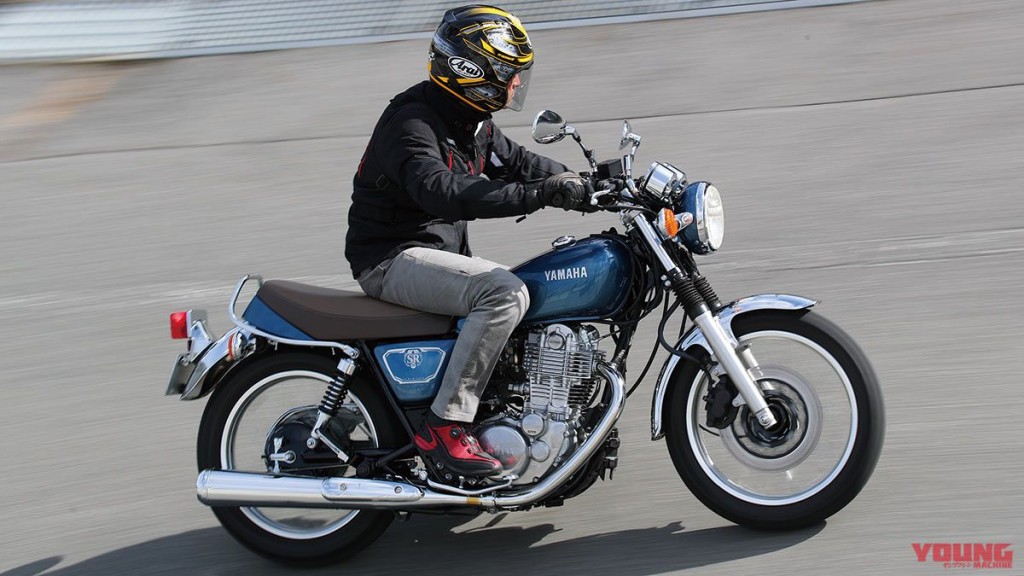 The YAMAHA SR400 that has been discontinued production in September 2017 and restored to the lineup by corresponding to the latest Japanese Emissions Regulation.The famous motorcycle that was born in 1959 is continued to sale even became the new era “REIWA.Similarly for compliance with Japanese Emission Regulation, the YAMAHA SEROW250, which has been restored after being paused in one-year, has increased 2ps on the specification data, while SR400 with the same process is reduced 2ps of the 24ps power.The “SR400 model” new and old comparison were conducted in order to experience a slight difference. 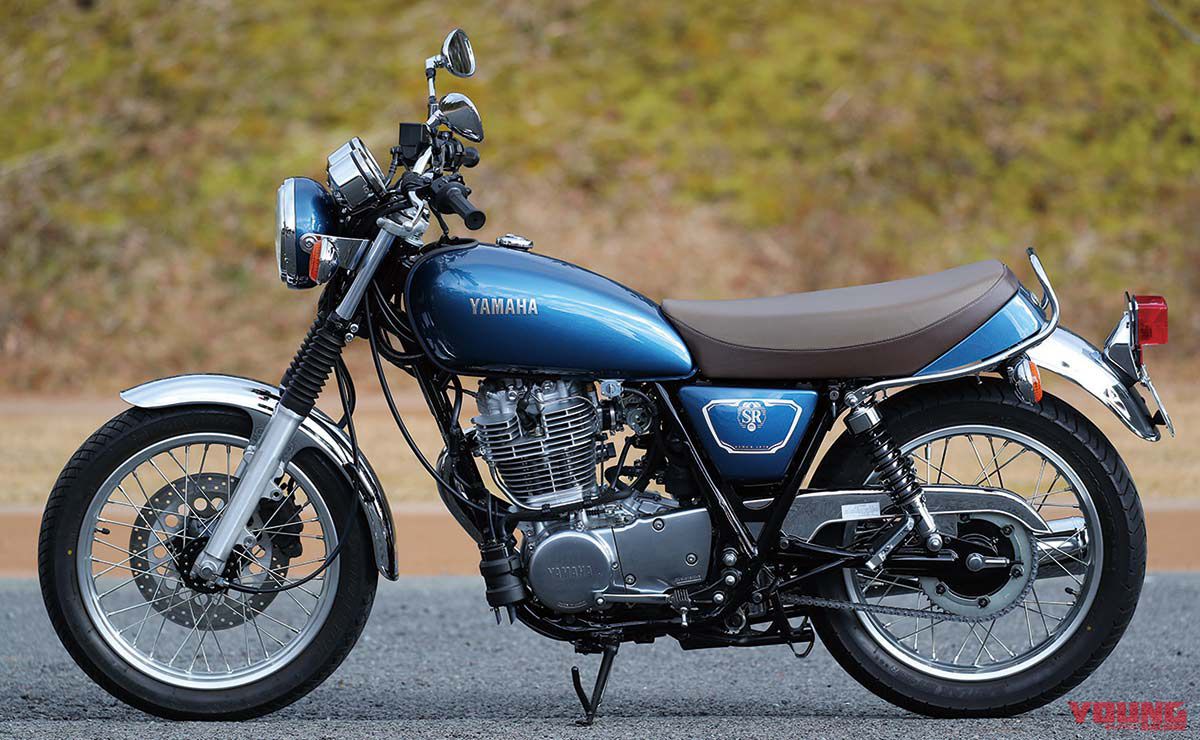 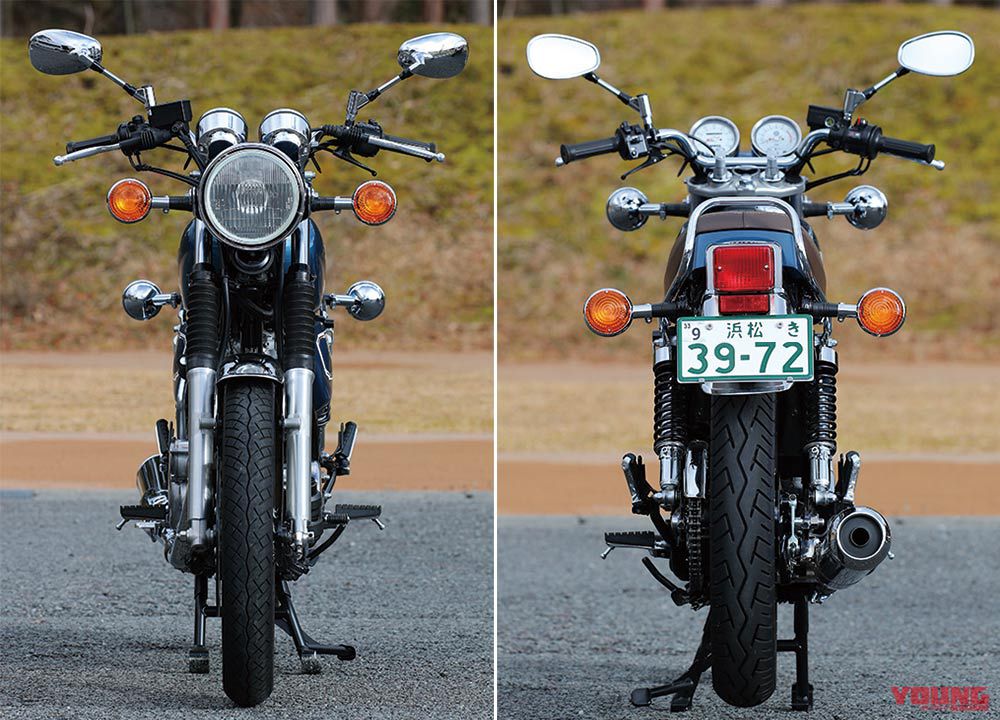 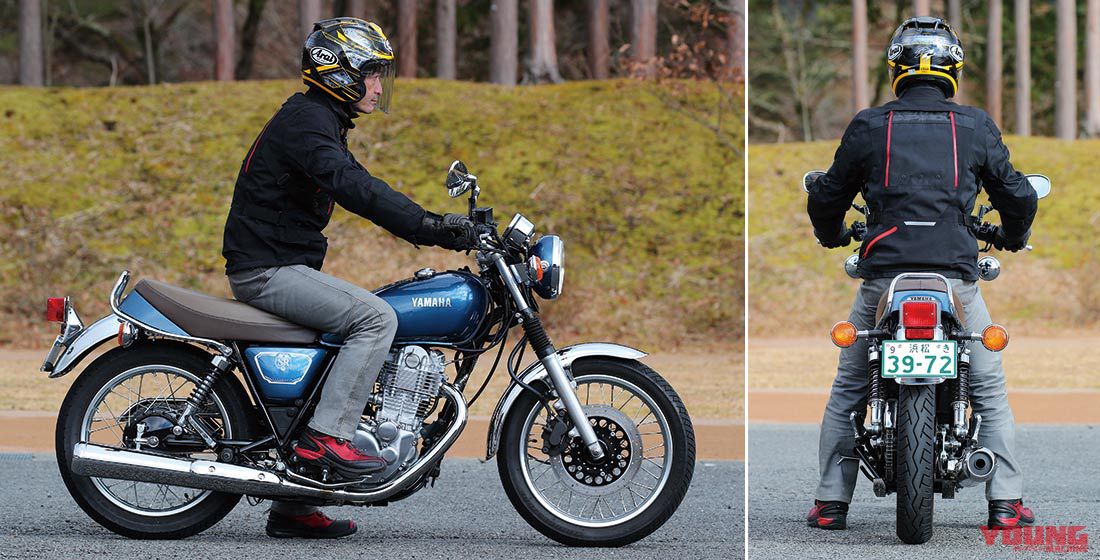 Comparison Between Old and New “SR400”

The kick starter is completely equal to the old and new model, but the exhaust noise during idling is slightly better in the new model.The appearance of the silencer has not changed much, but the internal structure is completely different, and I am impressed by the fact that it has approached conventional sounds to a level where the difference can only be recognized by hearing the comparison.

The impression of running is better in the new model.The vibration transmitted to the body is reduced in the whole area, and the throttle can be opened without hesitation.As a result, I felt it was smoother and faster in the city far from 2ps down.I thought it was simply the reason why it was easy to open the throttle, but I found those factors in the specifications table.The maximum torque value is the same between the new and old model, but the number of engine rotation has dropped significantly from 5000rpm to 3000rpm.It is possible that this will lead to start good performance and make you feel fast.

However, in high-engine rotation areas such as overtaking acceleration on expressways, there were many scenes where it felt that conventional one was faster.However, the difference is a level that can be seen by comparing directly, and it would be nice to say that the power performance is generally the same.

The SR400 engine is based on an off-road vehicle XT500, which has won in Paris-Dakar Rally, and the feeling of the throb of an engine and impression is weak, and the power curve and response are practically useful.That is why it is so fun to handle and SR400 is being loved for a long time.

The light handling that comes from the light weight of the motorcycle and the thinness of the tire does not change from the conventional type, and you can run as sporty as you admire the smallness of the bank angle.The limit performance is never high due to the low absolute braking power of the brakes and the flexibility of the chassis, but there is the same enjoyment for handling as the engine.SR400 is a model that was born as a four-stroke single-cylinder road sport, and its essence is still unchanged. 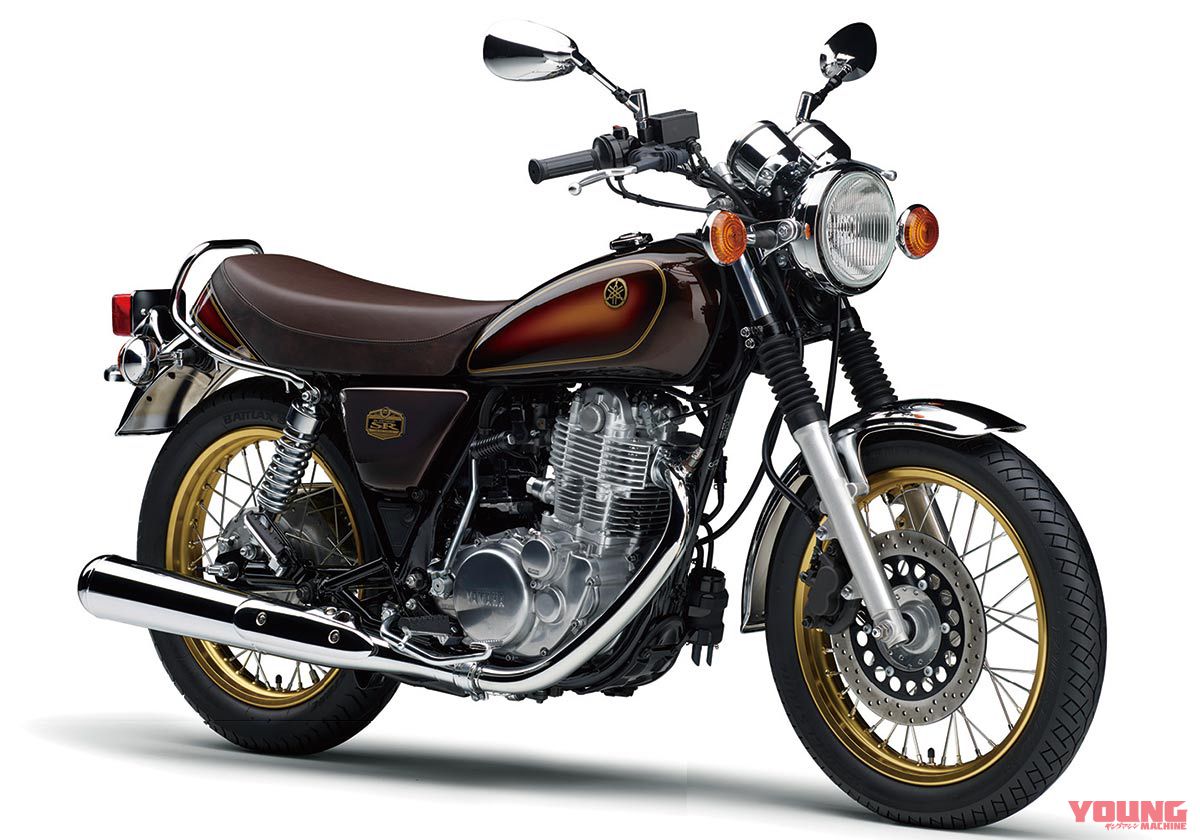 (Disadvantage) The “desired image” is an obstacle. There is a dilemma.

There are some requests, such as to enhance the braking force and to improve the straight running stability at high speed, but it is visible that if one place is improved, the overall balance will be lost.SR400 identity is discussed at each new model change, but I feel like it is a burden.

Conclusion: Japanese Emission Regulations are less affected by it. I’ll recommend a new model if you will purchase.

It’s the addition of the canister with the pros and cons, but because it is not visible at all from the position of the rider, I forgot the presence of it.CV carburetor & (front and rear) drum brakes have been on a test for a quarter of a century, but I was impressed with the succession of SR identity even when riding.

*Based on the article published in the March 2019 issue of Young Machine.