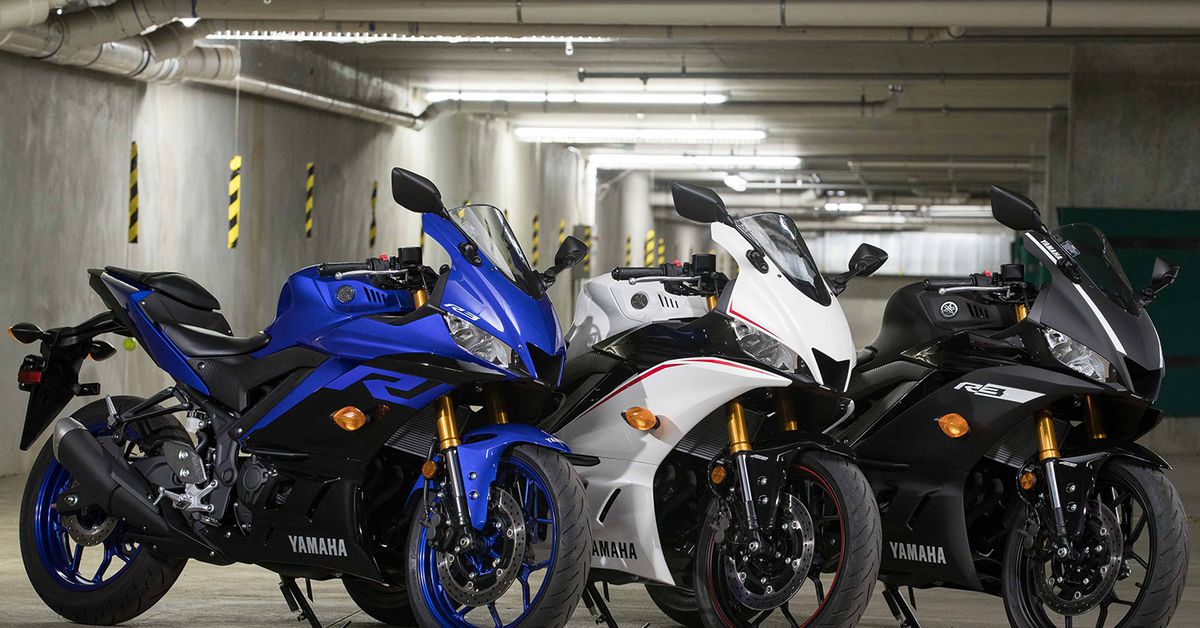 For the person looking to make that first step into the exciting world of motorcycles, there’s plenty of good choices out there. It’s ironically a better selection than 15 to 20 years ago, when motorcycling was enjoying a market heyday that had the more popular categories cutthroat-competitive with numerous options, yet the entry-level offerings were few and far between. Now you can take your pick from a wide array of different brands and styles that will surely tick most of the boxes on your list.

But when it comes to finding a bike that really is easy on your bank account while providing the type of fun that’s amiable yet won’t wear thin after a handful of months…then the search becomes a little harder. There’s a good number of bikes that lean to either side of the equation, but few that can straddle that combination easily.

Yamaha has instilled some key upgrades to the 2019 YZF-R3 that make it an even better bike for both experienced and novice riders.Brian J. Nelson

Yamaha’s YZF-R3 is one of those select few. Its 321cc, DOHC, eight-valve, parallel twin-cylinder engine is strong enough to cruise at highway speeds with plenty of power in reserve, yet it sips fuel to the tune of 50-plus mpg and has the type of user-friendly character that won’t overwhelm inexperienced hands. A low 30.7-inch seat height means easily planting both your feet on the ground, with a narrow midsection and light 368-pound weight making the R3 less intimidating at lower speeds.

Swoopy new bodywork on the 2019 R3 offers better wind protection, and LED headlights not only look cool, but cut through the darkness better.Brian J. Nelson

The R3 isn’t just sweetness and light though. Those riders with a lot of miles under their belt love the Yamaha’s revvy powerplant that sings to 12,500 rpm, its slick-shifting six-speed transmission, and the sharp-steering chassis that makes mincemeat out of twisty roads. And Yamaha did all this for just $4,999? No wonder the R3 has been at or near the top of its motorcycle sales charts since its debut four years ago.

New inverted 37mm fork has firmer suspension settings for better feel in the turns, yet doesn’t cause a rough ride at cruising speeds.Brian J. Nelson

For 2019, Yamaha revamped the R3’s styling to more closely resemble its larger R6 and R1 brethren, and installed some upgrades aimed at improving the R3’s cornering performance—without encroaching on its excellent novice-friendly traits. Swoopy new bodywork is aerodynamically slipperier, a new LCD dash takes after the R1, and the LED headlights give it the latest high-tech look as well as better night visibility. Suspension was stiffened up at both ends, with the old conventional 42mm fork replaced by a stronger 37mm inverted fork complete with spiffy top triple clamp resembling the one on Valentino Rossi’s MotoGP M1 racebike. A lower fuel tank and revised handlebar positioning offer improved ergonomics, and new Dunlop GPR-300 tires replace the previous OEM rubber.

The R3 combines a low seat height and narrow midsection to permit an easy reach to the ground.Brian J. Nelson

The suspension changes certainly improve the R3’s performance for the experienced rider. Overall handling on winding pavement is much more composed, bringing bigger smiles as the pace heats up, with the chassis upgrades and much grippier Dunlop tires playing the biggest roles here. In fact, the small and nimble Yamaha can give bigger bikes fits on a tight canyon road in the right hands.

The new R3 comes in three color styles, in both non-ABS and ABS versions. The ABS model will run you $300 more.Brian J. Nelson

And yet all this is accomplished without impinging on the Yamaha’s novice rider appeal. The ride is still nice and smooth despite the firmer suspension rates, and the revised riding position isn’t uncomfortable on longer rides. And best of all? The R3 still remains the same price as before, with the standard model in Matte Black or Team Yamaha Blue for $4,999, and the ABS version in Vivid White or Matte Black for $5,299. There’s also plenty of cool accessories for the R3 available from Yamaha to personalize the bike to your tastes.

A reshaped fuel tank works with the repositioned bars to provide a more comfortable riding position for sport riding without causing undue stress on your wrists or back.Brian J. Nelson

The R3 didn’t become a sales success by sheer dumb luck. And it’s obvious Yamaha is intending for that success to continue on with the 2019 model. Everyone comes out ahead.

The new R3 looks cool from any angle, and it’s got all the right genes from its bigger R6 and R1 brothers.Brian J. Nelson